A downloadable game for Windows and macOS

An insomniac ventures into the nearby woods at night and discovers its lonely female occupants live under the curse of a crazed Necromancer. Unfortunately, there’s only one way he’ll be able to lift the curse and be with the women he loves. He’ll need to Shag the Hag…

Shag the Hag is my first game. It broke my cherry, so to speak.

With this game, I have tried to use as many random elements as possible. I thought this would make even repetitive tasks somewhat more interesting. As such, much of the dialogue is random and in some cases, no two adventures would be the same.

I also experimented with a basic stats system which drives some of the minimum requirements, however I tried to keep these as simple as possible so players wouldn’t have to do the same action over and over too many times. I wanted the story to take control more than the game.

Reviews for the game have been overwhelmingly positive and you can read some of them and the comments on F95Zone in the Official Thread. The common theme to the good comments was the love of the characters, especially Nakita the Zombie.

I was very flattered by the reception and it has driven me to take on board all the compliments and (thankfully minor) criticism to feel more confidant in what I was originally trying to achieve. I hope, then, that my next game will be just as interesting!

Hi man! When i get to the necro house, it shows me an error, something about the lust lvls i guess? And i cant get the frankenhooker achivement bcs of that...

How large is this game actually(in terms of content?), because I've seen more screenshots online of other creatures/monsters other than the zombie/vampire/Hag. Amazing game though, love it! <3

the other creatures are usually random events you might meet while exploring the woods via the "go further into the woods" or there's also another which unlocks if you've raised your stats with the main 3 before going into the house at the end. you can select to go through the window (like a romeo) for that scene.

Awesome! I've actually beaten the game now (I think) but is there a way to get the Hag back?

hehe, i never thought of getting her back!

It defiantly should be a feature! Maybe for the second game? ;)

Game is still great after the 6th restart 💪😏

:) thanks! i tried to give a lot of dialogue randomness so it'd be replayable as much as possible.

Any chance for an android version?

This is one of the most unique and quirky adult game I've come across and I love it. This game would really benefit from sound effects (like eary sounds and growls for the forest) and some creepy/moody horror music. It would add to the experience.

Now I want to try out more of your games, but first I'll finish this one. Good job!

:) it was my first game, and i didn't want to get in trouble with copyright sounds and didn't really know where to get them from.

the sequel will have all those things, though :)

If this was your first, I can't wait to try the others. I believe there are free to use soundeffects and music you can add without having to fear copyright claims. A quick google search can help you on your way, and I think there are probably people on this website who can also point you in the right direction.

yah, i use envato these days. i used music in the last two games, and will have sound effects for STH2.

although peeps don't like the music to my new one, but i thought black metal is kind of an interesting background for a character...

Yo your games are probably all one of my top favorite games on this site! But Shag the Hag is honestly got damn amazing 🤩

I8ralgames will there be an Android version and if when?

i haven't yet done android. mostly as it's a lot of loopholes to jump through with google.

But do you intend to make one?

How do I meet the frankenhooker? All my stats are 50+ (except kills, those are both 7) I don't see a prompt to enter the 2nd story window.

i just provided a fix in the latest version which should fix that. it seemed some people kept getting that issue and it now SHOULD work as intended for everyone.

How to you meet Daphne

HELL YA finally got to shag a hag

Wow.... Just WOW!!! I love your game, played i several times! The mood, the characters, the story.... I was very sad when I finished it the first time, felt I could never get enough of it! Like the weirdness, the quirkiness, the "scary"  setting, and the humor. And to think this was your first game? We have great things to come.... ❤️❤️ And now I just found out there will be a follow-up? You just made me very very very happy! Thank you thank you thank you!!!! Never stop, I just want more more more! ❤️

Okay so I NEVER feel the need to make a comment on these games....but dude...you got something wonderful here. I, myself, struggle with insomnia and all the little scenarios and fictional situations that pop into your head while trying to catch a wink...so on point. This game was an incredible escape from life. Quirky, goofy, all around excellent. Props my man 10/10

thanks! :) i tried. i tend toward the quirky.

So nothing on the Jogger? And no gallery scenes? Interesting concept of a story

i DID miss the jogger. in truth, i tried to render some scenes with her, but at the time i was using a 1060 graphics card and some of the outdoor scenes were taking 9 hours to render. her character was... difficult, so i gave up. for the sequel, i will bring a jogger in, but most likely a different model as it's set in a different time.

lack of features, such as gallery were mostly because this was my first game. i really made it as a test and it was supposed to be a smaller game than it was. i honestly never expected it to be as popular as it became. :) if i'd know, i would have spent a few more months tidying it up.

instead of going back and revisiting it (if i did, i'd want to re-render some scenes), i decided to make sth2 with those kinds of features.

Good job, another thing I wanted to do is stay with the kitty a bit longer lol, looking forward to the 2nd one and hope a vengeful ghost who just wants to be loved is part of it lol

hehe. she's one of my favourite characters, too, and will have more of a role in the sequel. i was also going to give yelena a bit more, because i cheaped out on some of her scenes because her hair was a bastard to pose and was annoying me.

i actually DID have a ghost character set for shag the hag 2, but patreon decided her boobs were too small and threatened to ban me if i didn't remove her from the game. so, i had to.

i was pissed by that, because i'd worked hard on getting her exactly how i wanted her and her skin textures were difficult for me to create.

here's the test images they were offended by. i was going for a subtle toonish look to all my characters for the game. 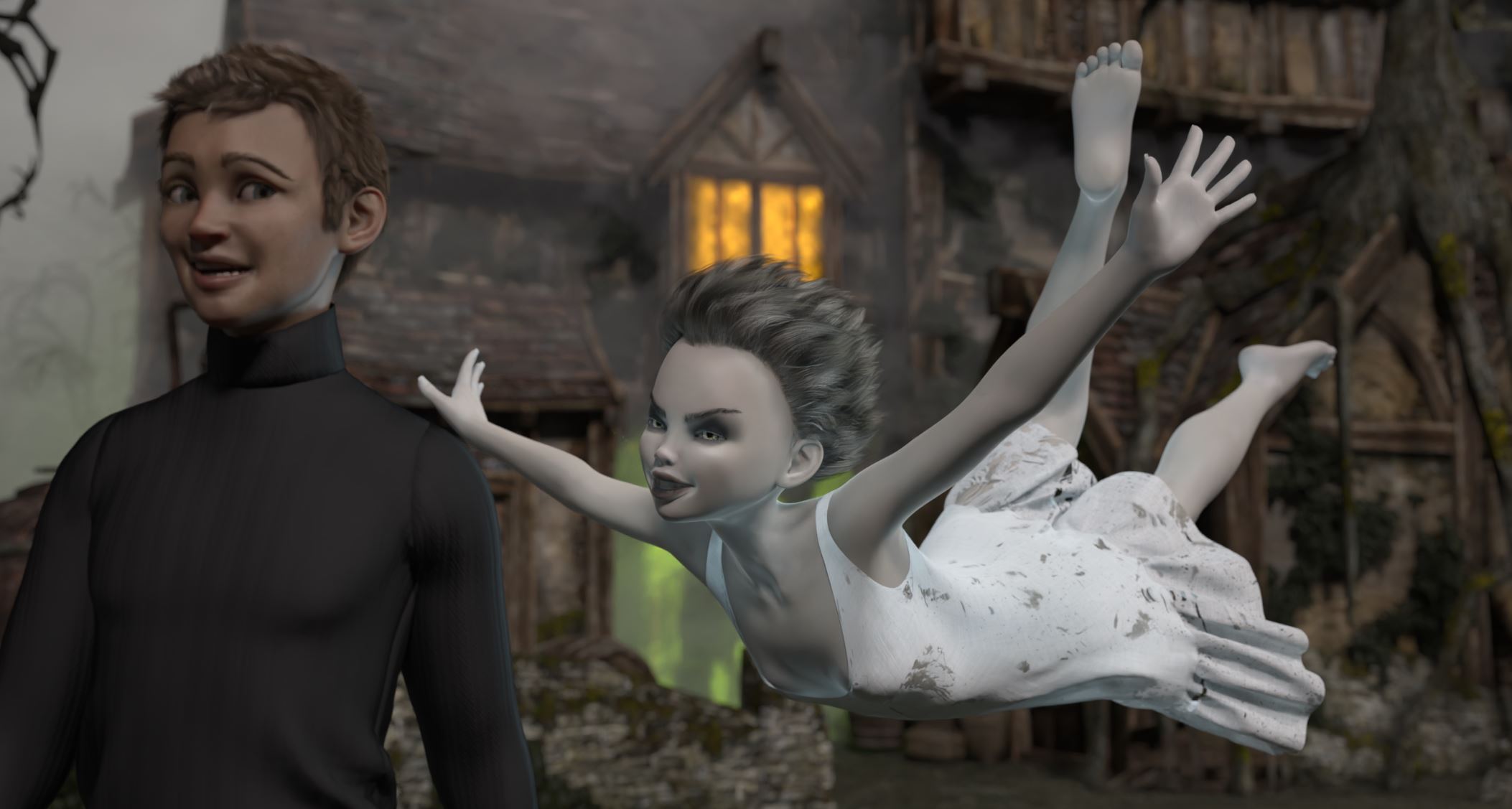 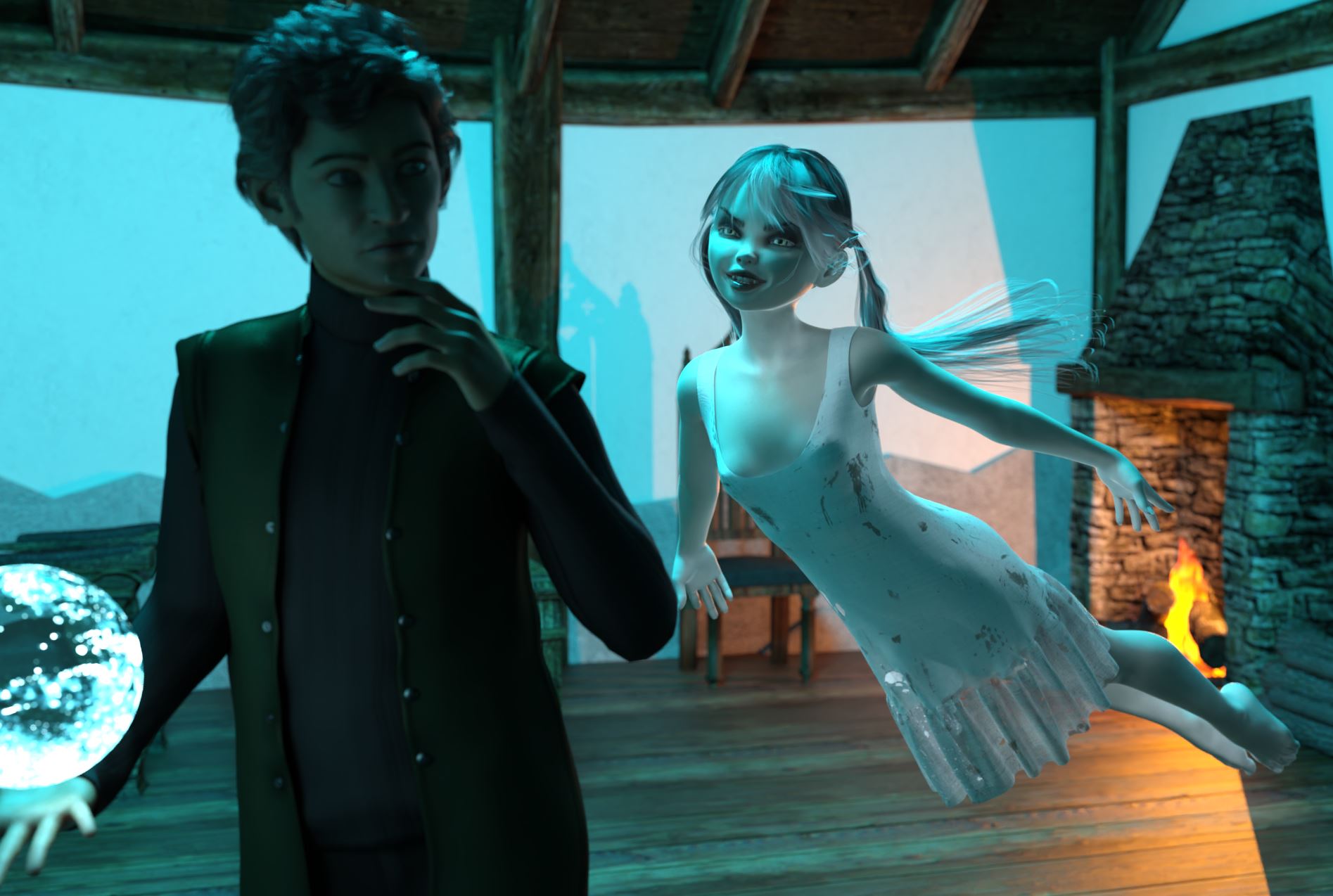 after they made me remove her, i sort of stopped development of STH2 while considering whether to continue. i will now, but will remove her character rather than do what they suggested: give her bigger boobs. they also wanted me to remove one of the alien girls from The Penny Conspiracy, which is why that one is also on development hold.

i've been working on a  different game while trying to get over my rage. :P

been there I bailed from a deal cause a character was not heavily sexualized and changing from what makes the character so I respect your decision.

Shame all that hard work gone humm any way to use her in another way and have her slowly grow on them?

yah, i'm just going to remove her at this stage, and probably make another game one day with her in it but under a different dev name... i liked her story, which i'd written and her character which suited her design.

I need to know how to get frankenhooker achievement, won't pop when i go in front window for anything

hey there. :) it should pop after sex with her, when you reach one of the following points (depending on your choices with her:

after line:
"I left her there on her mattress before she could say anything else. And who knows? Maybe I would come back for seconds."

or after the dialogue line:
"Good. Because I'll be back real soon..."

Both lines occur just before you go off to battle the necromancer. :)

I can't see why it wouldn't work as the uploaded version via the links here are current, let me know and I'll update another copy of the final.rpy file for you which has that code.

Did you go through the "Second Floor Window"? If you didn't, check your combined Lust stats, they need to be a total of 69 minimum, and then when you choose to go into the mansion, you'll have an option to choose to go through the second floor window.

Apologies. I forgot there were two windows. ;)

No the second story window was not showing at all, which is what was confusing me. I went back to an earlier version of the game, D To be specific and it popped for me no problem.

f fixed a few things with it, so i'm surprised it wasn't working there. with f, i lowered a lot of requirements so that it would pop. :)

so long as it works!

This game was very fun. Although I do wish there was more story to the jogger and the hobo. I wanted those stories to progress.

the hobo is a confirmed character for the sequel. :)

there will be a different jogger in the sequel with more story, too. :)

Sweet. That makes me happy. Can't wait to see what kind of fun the sequel brings. Hopefully soon

I had hoped so, but Patreon took exception to small breasts and has demanded I do character revisions. I didn't really want to, so have paused the sequel for now while trying to think about what to do. Given the reliance on Patreon as a form of income, it's going to be hard not to cave in and give the genre another round of sillycone. Which I'm kind of bitter and sad about at the moment.

In the meantime, I'm working on a different game which should be out April.

I can't wait. You are quite talented. I look forward to the sequel and to your new game. Excited (both physically and emotionally) to play it

Does this game actually have sex scenes? Just wondering before I give it a go. 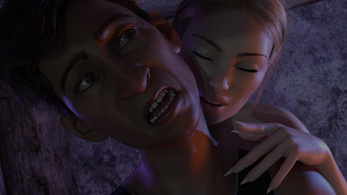 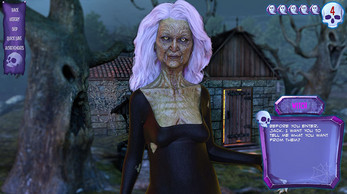 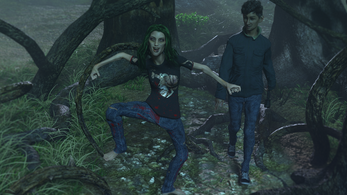 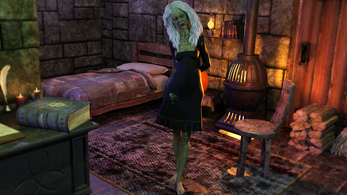 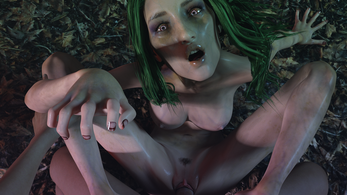